WITH LOVE FOR RAW PRODUCE 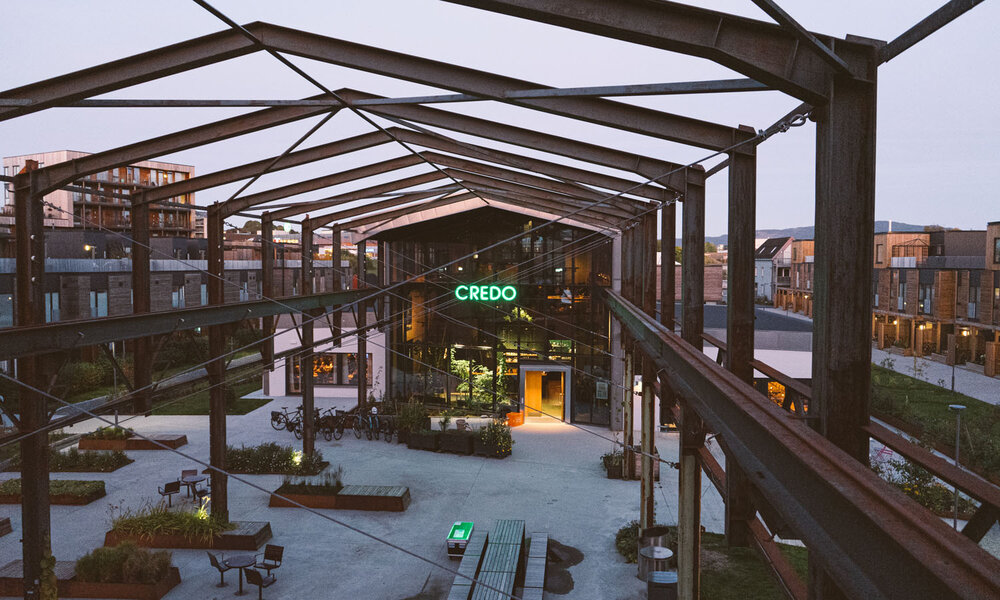 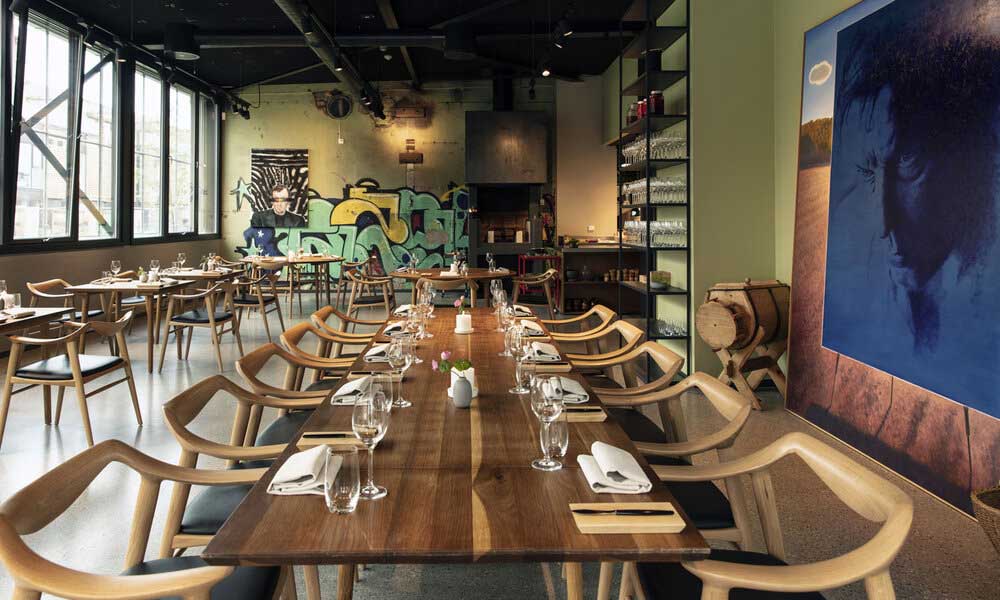 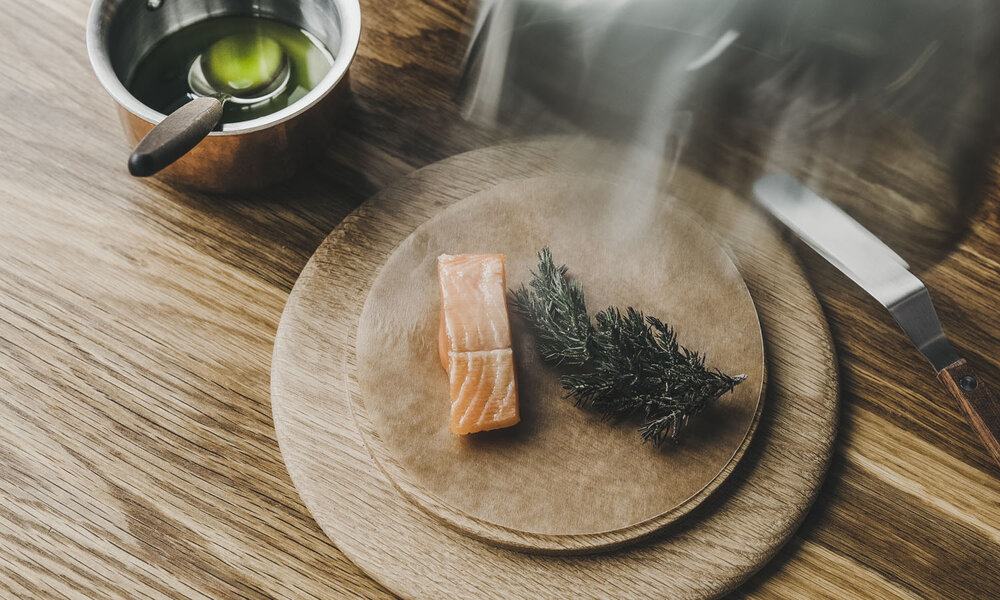 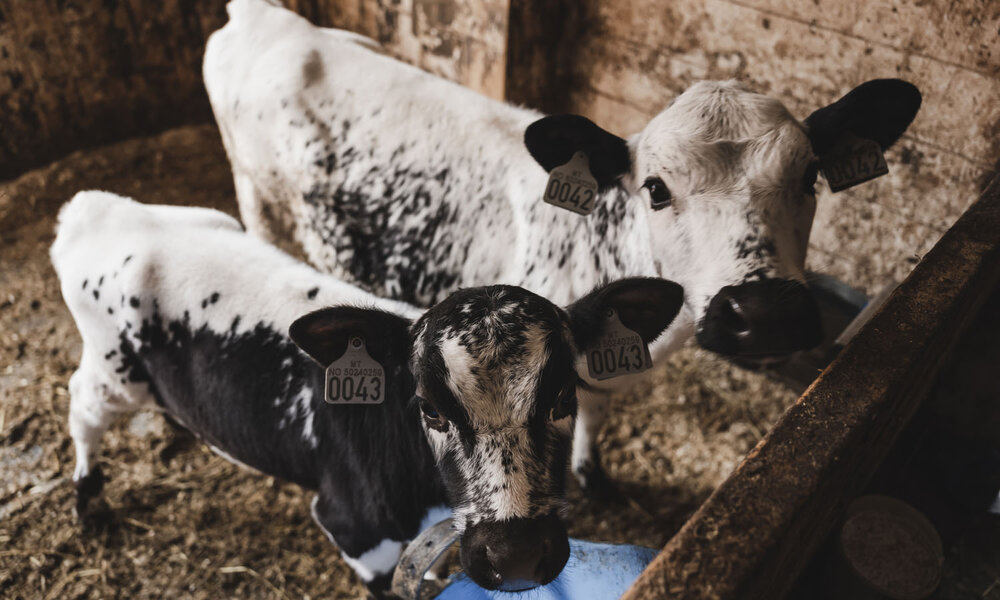 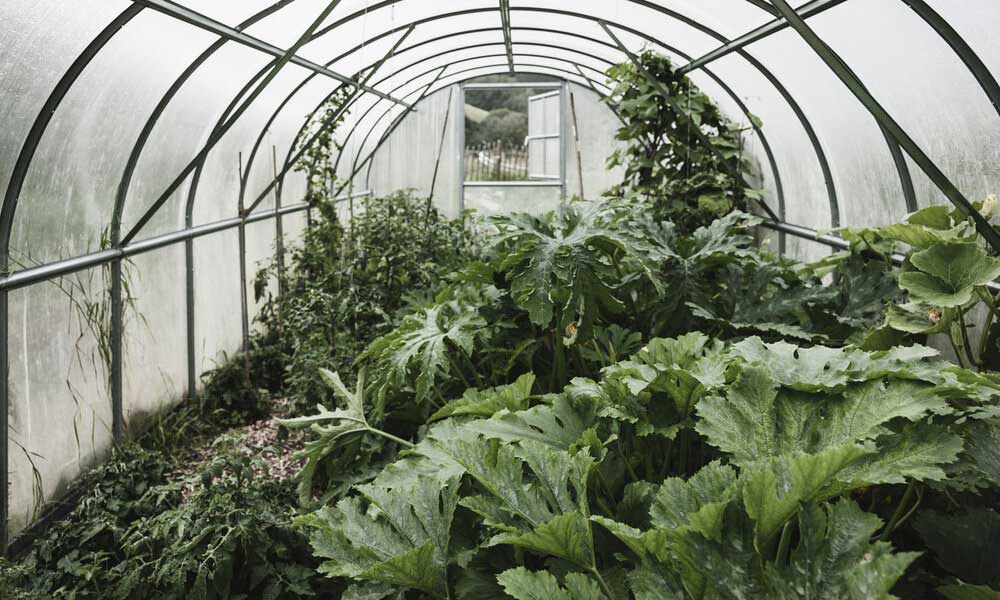 At Credo Restaurant you will be served food cooked from ingredients grown in the Trøndelag region, fished from the waters surrounding it, and dairy products cultivated with a focus on flavours and sustainability. The most important elements at Credo are the raw ingredients and, when speaking of flavour, they focus on the opportunities an ingredient offers. We are subordinate to the original flavour, and are always chasing the best flavours, the flavours that come right from a farm, a farmer or the soil, because at Credo it is the small differences that make quality ingredients. Credo wishes to take you through a multi-faceted experience of tastes, textures and emotions, which is done through a set tasting menu of 20-25 courses combined with drinks to enhance the flavours of each dish.

“Restaurant Credo puts nature’s elements—earth, water, fire, and air—right at the heart of the dining experience and celebrates diversity through a variety of techniques and serving methods. This is a meal that is sure to awaken all your senses.”

Heidi Bjerkan is a Norwegian chef, the chef de cuisine and owner of Credo. Now she is running the food-triangle Credo Restaurant, Jossa mat og drikke and Finnes Kafé at Lilleby, Trondheim.

Heidi grew up in Trondheim and on her grandfather’s boat in Garten along the Trøndelag coast. Here she developed strong connections to the land and sea, which to this day may be seen in her cooking.

Bjerkan’s career within the food industry started already when she was eighteen years old during a summer job at the café at Østbanehallen. She soon realized that she wanted to work as a chef, as the high tempo within a kitchen fed Bjerkan’s natural habit of being restless.

Heidi is passionate about raising awareness of our food systems, improving land use practices and preserving the traditional food cultures of the region…

Jon Fredrik, a defender of tradition, a knight of old crafts, both in his making of butter and sour cream, as well as in his needlework.

“My knowledge and craft are really of historic clothing, og textiles and traditions, he says, but milk and butter, well, it’s a big part of the same culture. And the farm is my inheritance, it’s been in my family for centuries.”

Jon Fredrik has seven cows, the same type of bovinae kept in this area before the more productive NRF (Norwegian Red Cow) came along. Sidet Trønder has no English name, but if you imagine a cow smaller than a modern cow, almost of the size of an overgrown Grand Danoise only stockier, you’re on the right track. These cows, selected away in early modernization of agriculture doesn’t produce the average 10.000 liters of milk as the NRF. They are more in the lower three-digit number, but for Jon Fredrik that isn’t a problem…

Composting is a big part of the cycle of life at Skjølberg Søndre, and all the compost from Credo is given to the farm. This process of composting is holistic, and they keep and reuse as much as possible.

In the vast green hills of The Valley in Orkdal, guests will lose their words. This is a heaven of biodiversity. The Valley is filled to the treetops with life in all shapes and sizes, but the valley is most known for its river, which shares its name with the biggest producer of processed foods in Norway.

The reason this green paradise exists is because of Elin and Carl Erik Östlund’s stubbornness and wilful work.

Elin and Carl Erik have been the talk of the valley for some years, not in a good way, more of a head shaking disturbed distrust kind of way, from the other farmers that is. It is not possible to grow the plants you would like to grow here, not the way you are dreaming of anyway, they say. Elin and Carl Erik work after biodynamic principles, and for them the soil is everything. It needs to be healthy and full of life, and in this hill, they started the work of rebuilding the soil. So they carried on, and slowly but decisively it started to grow, to almost overgrow that small part of the hill facing west.

At the farm they produce root vegetables, cabbage, cucumbers, apple cucumbers, chillies, edible flowers and herbs. They also have the old bovinae “sidet trønderfe”, mosk ducks, pigs and the lamb breed “Grå Trønder” and “Gammel Norsk Spælsau”. The animals live in harmony with the farm’s cyclical philosophy, and are an important supporter of the farm’s cycle…