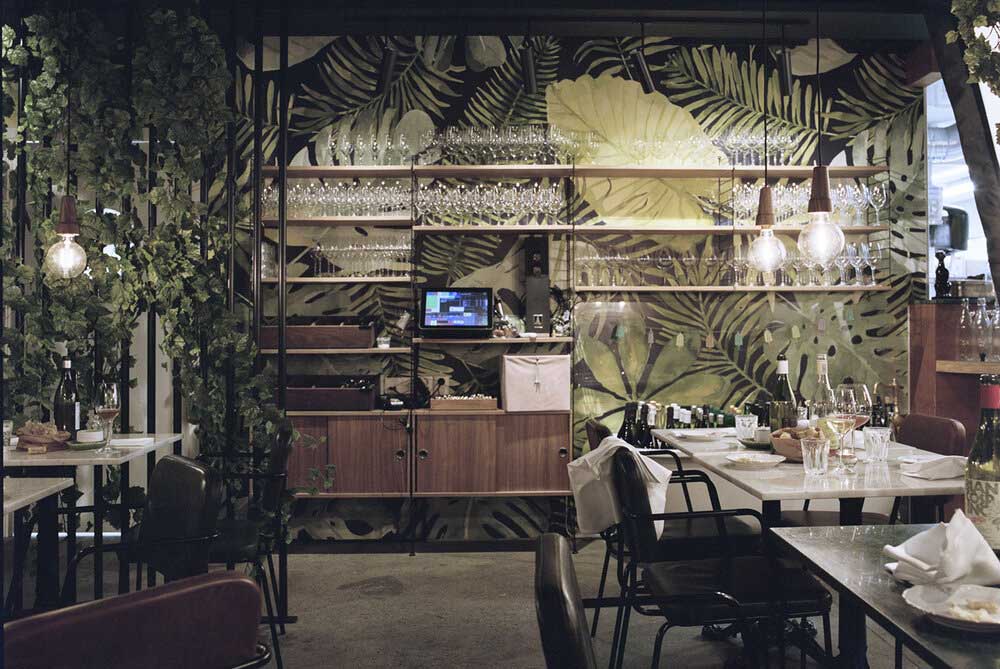 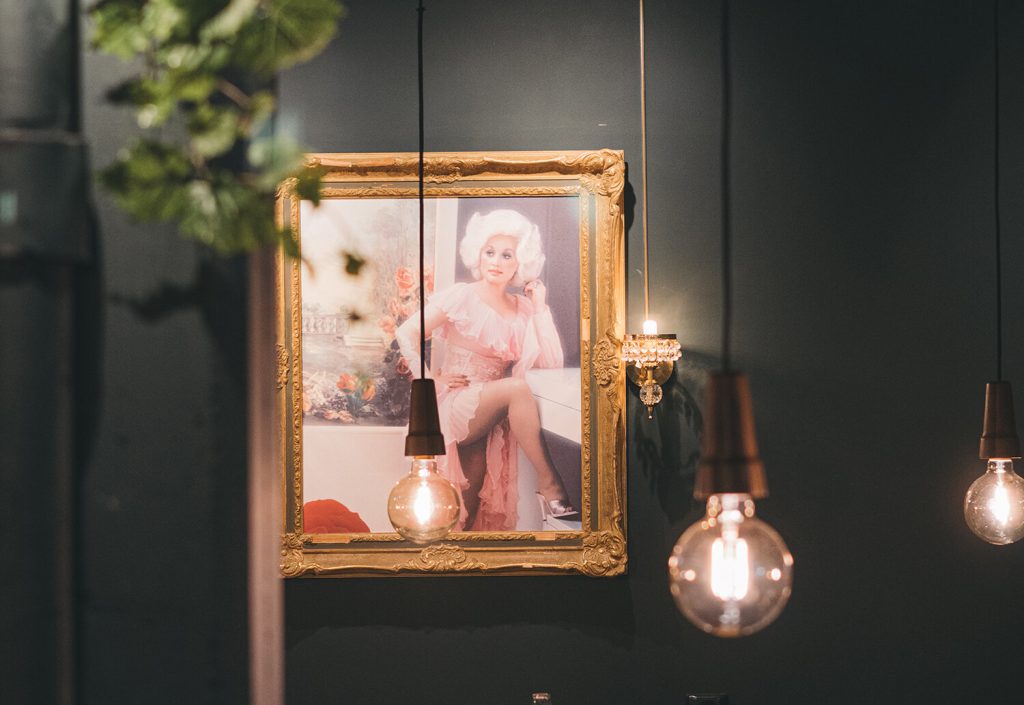 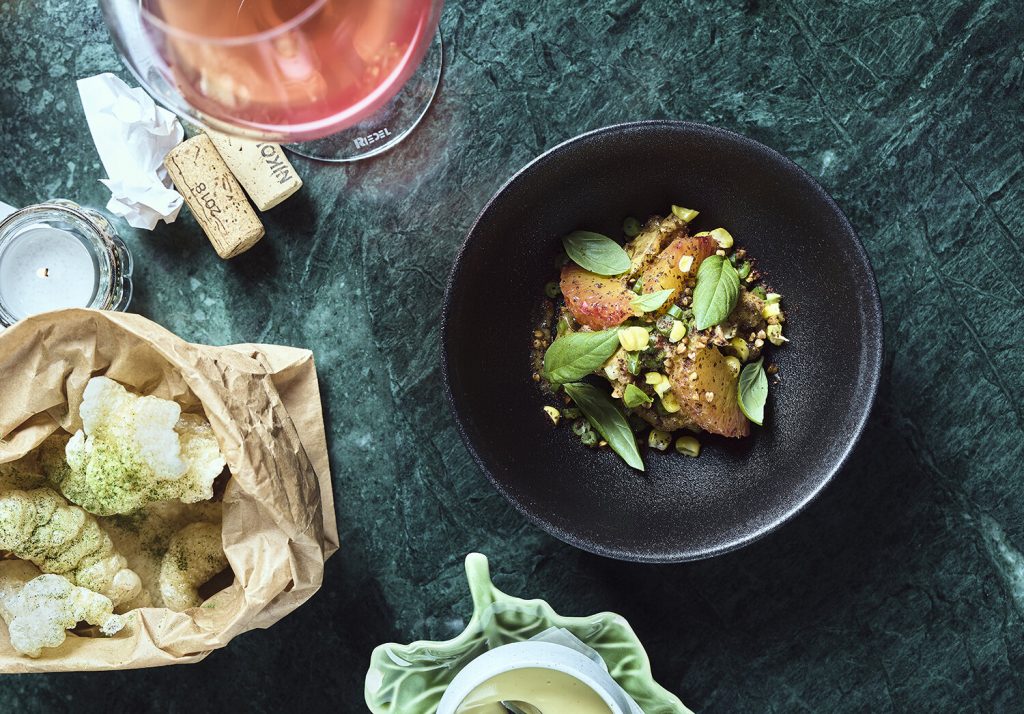 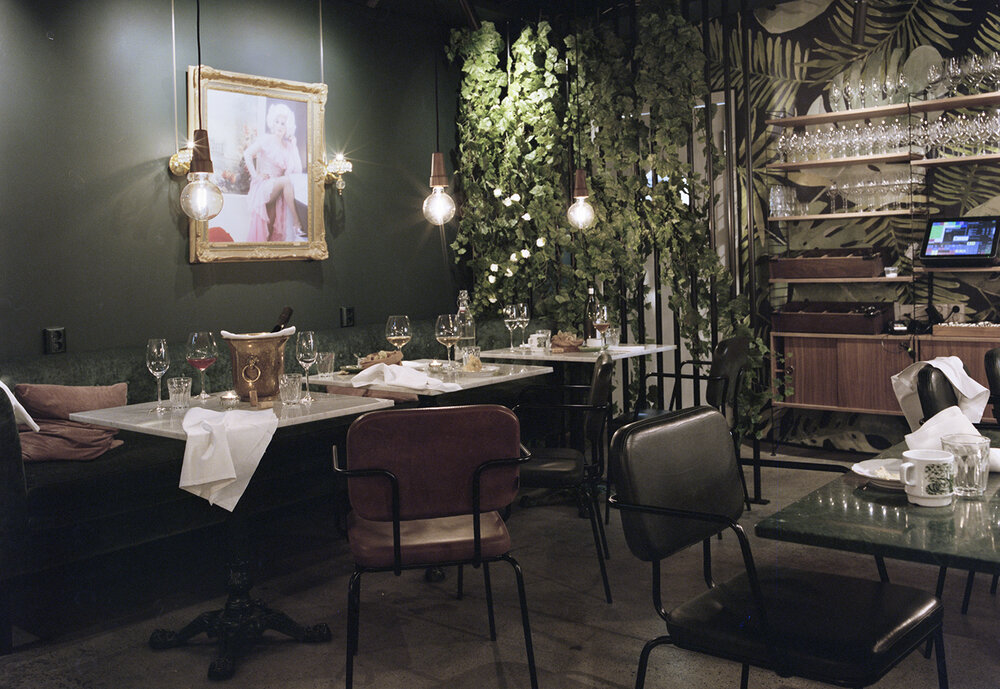 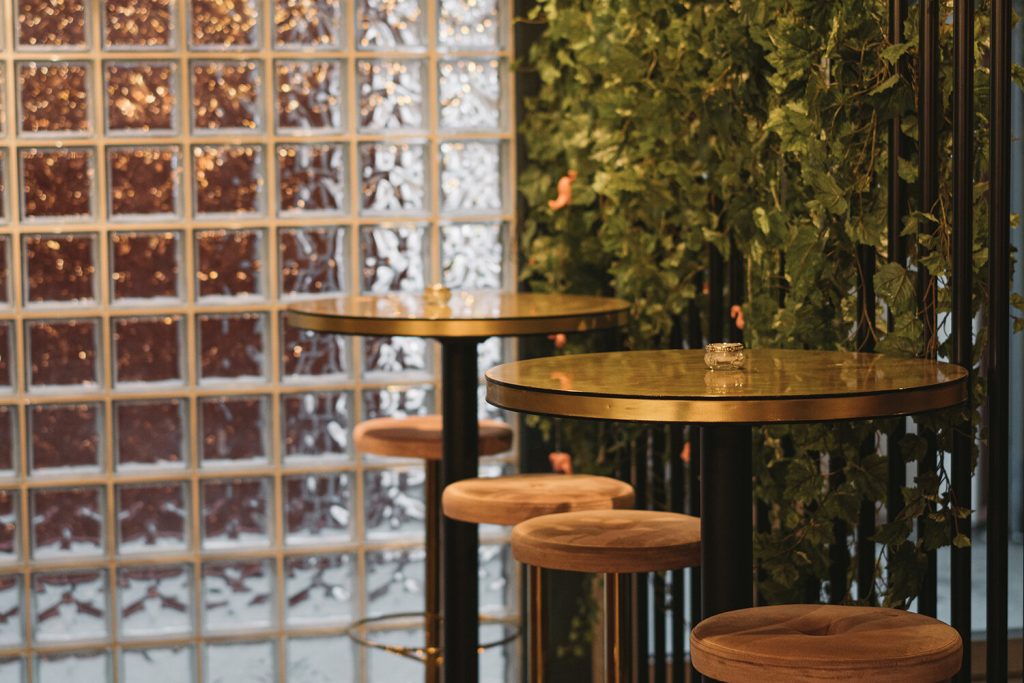 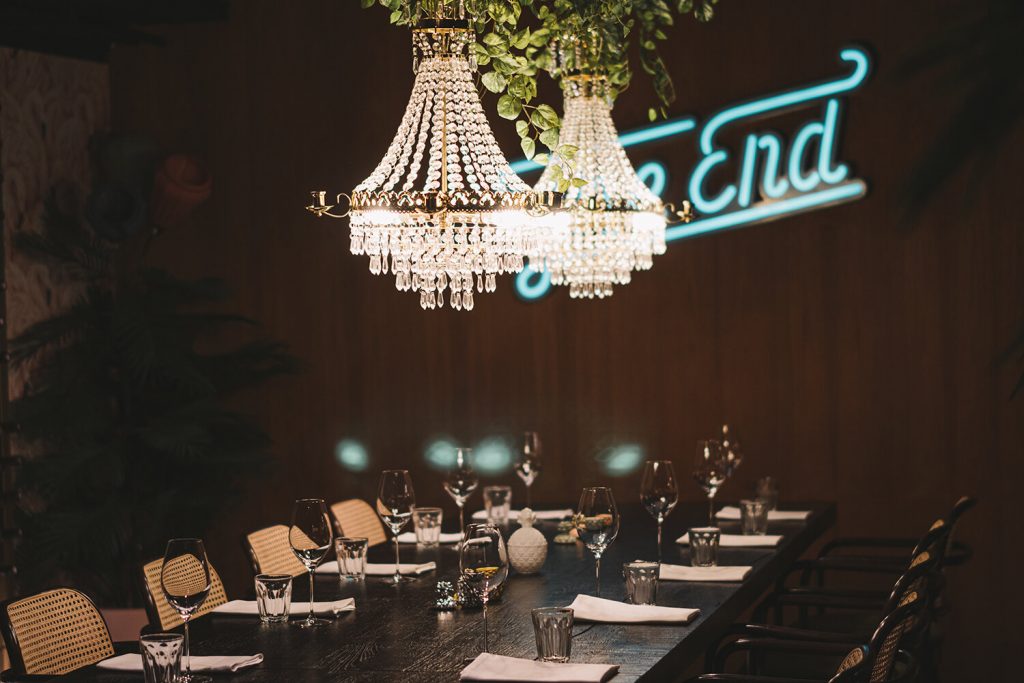 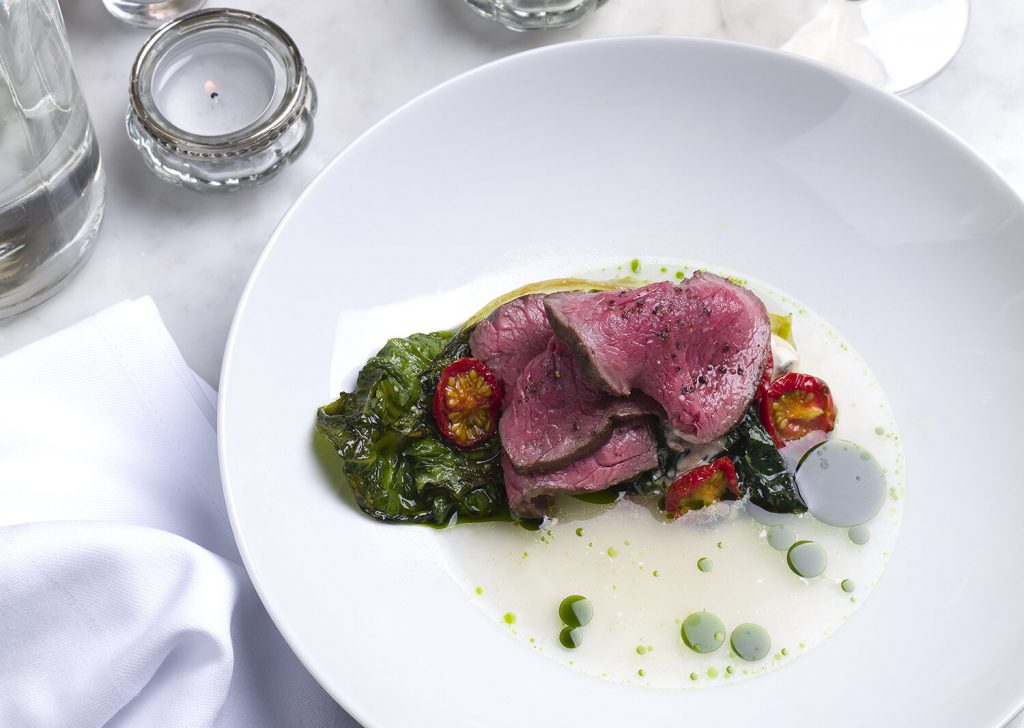 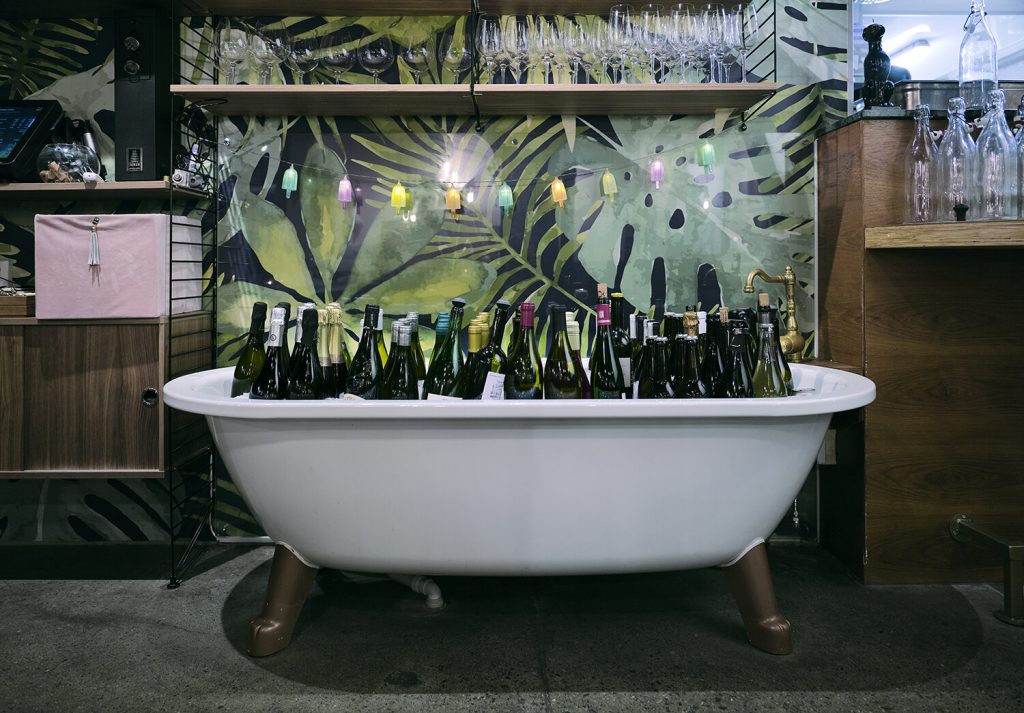 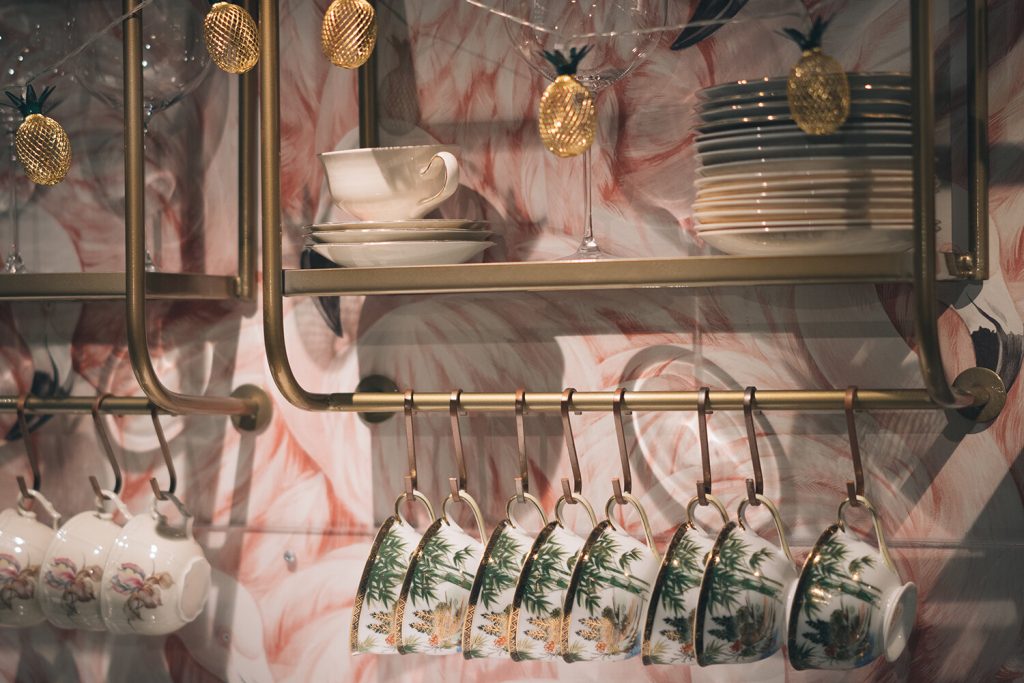 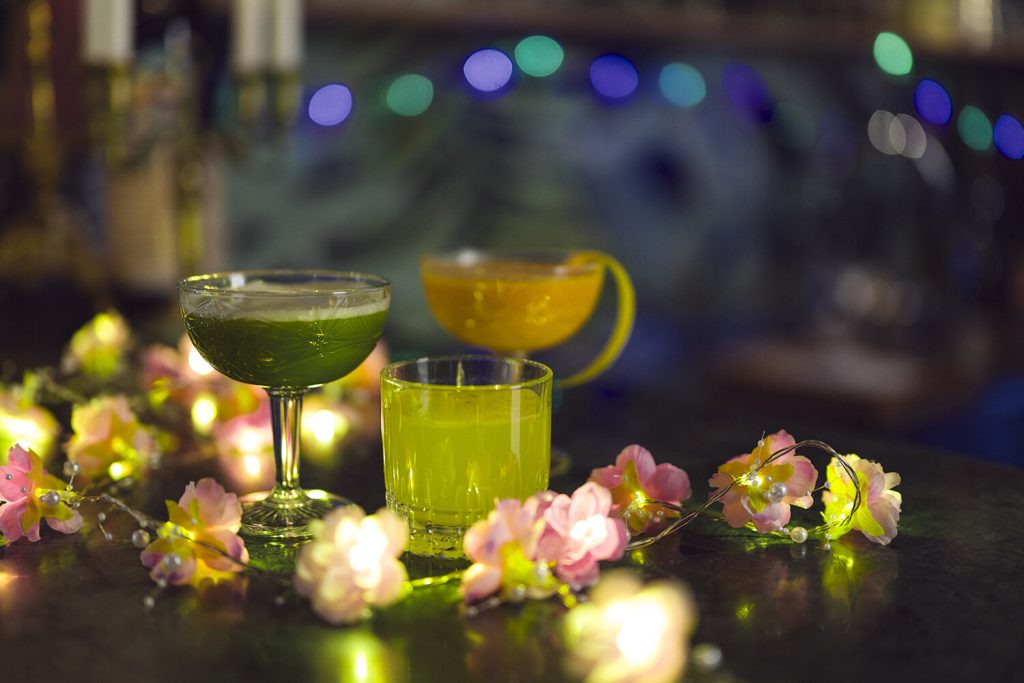 The flavours made at Bula are often inspired by the food, Chef Reneé Fagerhøi dreamed of as a kid. Not the food that was made for her at home, but the food she dreamed of. Reneé grew up on a farm where tradition, ecology and dirt cellars were commonplace. A thousand island cheeseburger for her was science fiction. At Bula they make boundless cuisine, usually with one foot in it that is trashy and the other well planted on the silver platter. Low class and high class go hand in hand.

You will not receive a menu in advance. There’s a surprise element. At Bula, Reneé let’s her kitchen (staff) express themselves, which is something she believes they all benefit from. They like to keep it alive, and not least without boundaries. Cooking inspiration is taken from all over the world, and salt, acid and umami are used to run your taste buds properly.

A good example of Bula fare is sausage in the stew. It is Renee’s tribute to Shell gas station in Rosendal which welcomes a tired chef in the middle of the night. The sausage served at Bula is inspired by Morcilla with hot spices and onions. Lompa is made on almond potato and rye flour.

Curious about what else Reneé dreamed of eating as a little girl?

Take a peak inside her cookbook:

A small-town-restaurant, with a menu that has no limits

Surrounded by flamingo-ornaments, a bathtub filled with wine bottles and the sound of Frank Ocean beaming from the kitchen speakers, it’s easy to let your shoulders down and absorb the good vibes at Bula Neobistro.

So, what exactly is a Neobistro?

Renee: In the early 2000’s a bunch of young chefs in Paris started rising up against the established rules of French cooking. They challenged the idea that this type of protein could only be mixed with that type of sauce, that exact wine and so on. They threw the rule book out the window and created a new type of restaurant, or a movement, if you will: the neo bistro. Also, it sounds really cool, doesn’t it? Neo!

Is this something you can relate to? Breaking the rules?

Renee: I like to characterize Bula as the rebellious little sister of Trondheim’s restaurant scene. We don’t take the classical approach to composing our menu. The only rule is …