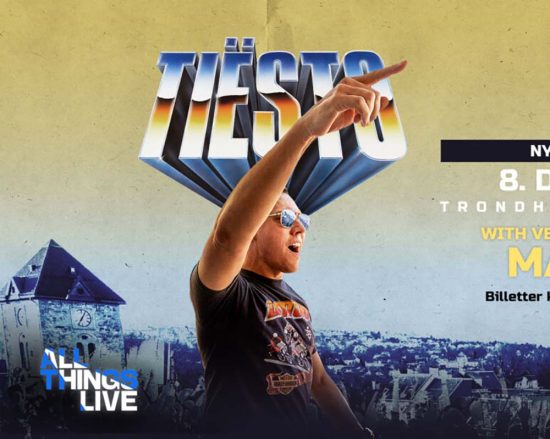 The world’s best DJ is coming to Trondheim December 2022!

EDM’s Godfather, Tiësto invites to the pre – Christmas party of all time when he takes over Trondheim Spektrum 8 December 2022

Tiësto, or Tijs Michiel Verwest as he is actually called, has over 8 billion global streams across platforms, more than 36 million total record sales and over 160 million TikTok views across users. The DJ and producer is also the only artist ever to be titled “The Greatest DJ Of All Time”.

In recent years he has delivered hits such as “Jackie Chan” with Post Malone, Preme, and Dzeko, “Ritual” with Jonas Blue and Rita Ora, and not least the monster hit “The Business” which has since been given a feature by Ty Dolla $ign. Tiësto has repeatedly said that he has a very special relationship with Norway, since it was here that he broke through as a DJ.

To put it mildly, it’s great to be able to invite to a dance with the superstar Tiesto on December 8th!