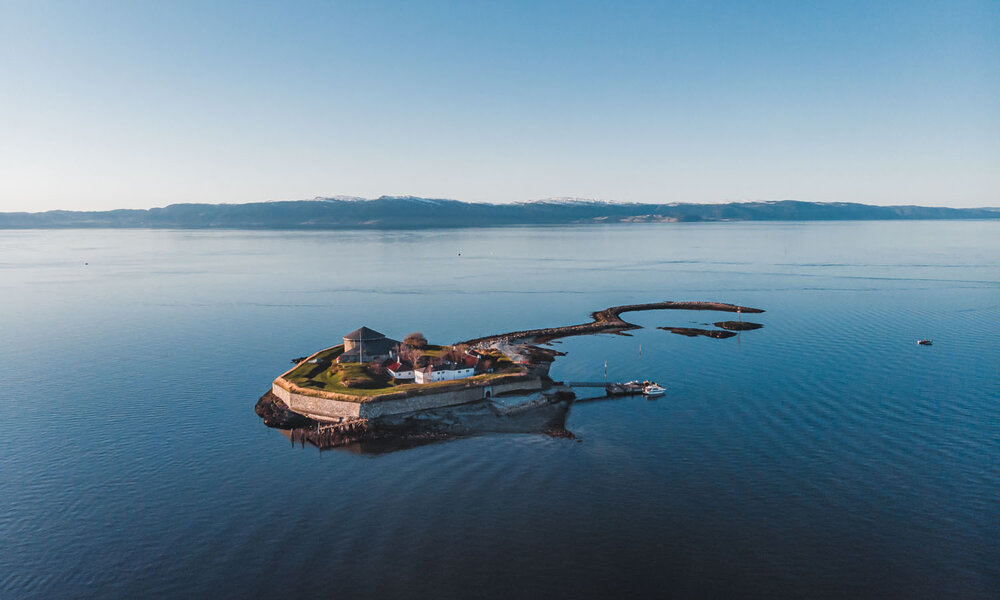 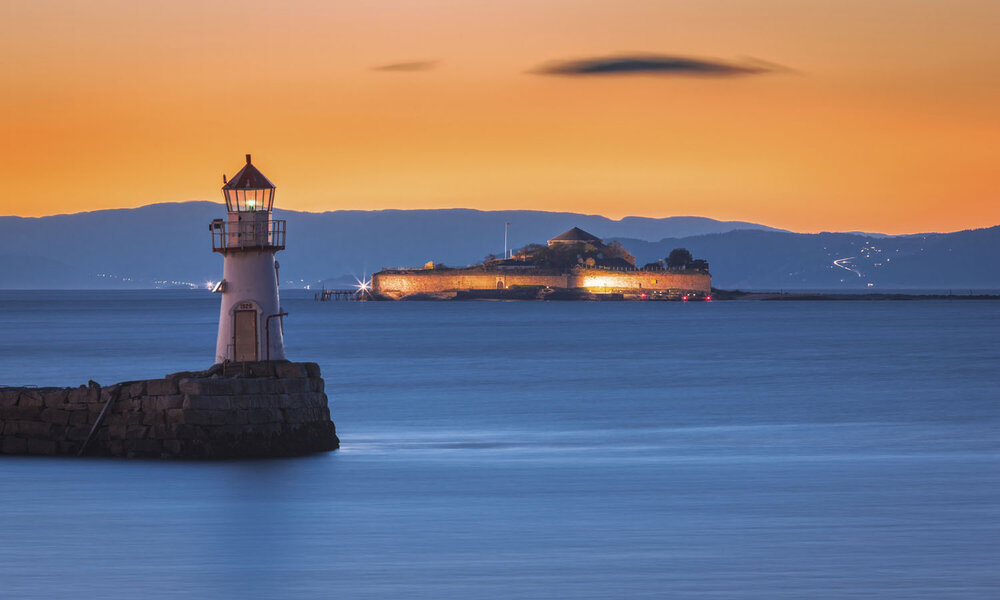 Munkholmen was Trondheim’s trial in the Viking Age. Just after the year 1000, a Benedictine monastery was built on the islet, probably one of the first two in the Nordic countries. In 1658 the monastery was converted into a fortress and a prison, and later also to a customs station. The most famous prisoner was the Danish Count Peder Schumacher Griffenfeld (1635-1699) who imprisoned here for 18 years. Today, the islet is a popular spot with a sandy beach in the period May – September.

There is a guided tour of the fortress building with guiding in Norwegian and English several times a day. There are few visible remains of the court and the monastery. A bauta erected within the walls could possibly indicate the location of the court. Archaeological excavations have revealed remains of the monastery approx. ½ meter below the ground. Of the star-shaped fortress there are remains of the walls in the present “Lavetthuset”, and a casemate has been preserved from the old ramparts, but this is not available to the public. The tower was later rebuilt and the ring wall has been obtained. What we see today is the polygonal shape of the sea fort from the mid-1800s. On tour, the audience will learn about Munkholm’s history while seeing the damp dungeon, powder room with its special acoustics, what is left of Griffenfeldt’s prison cell and the top floors of the tower with remains from the German occupation. There are also concrete foundations from the German cannon positions.

Boat across to Munkholmen goes from Ravnkloa which is at the end of Munkegata in the middle of Trondheim city center.

Mid May – end of August