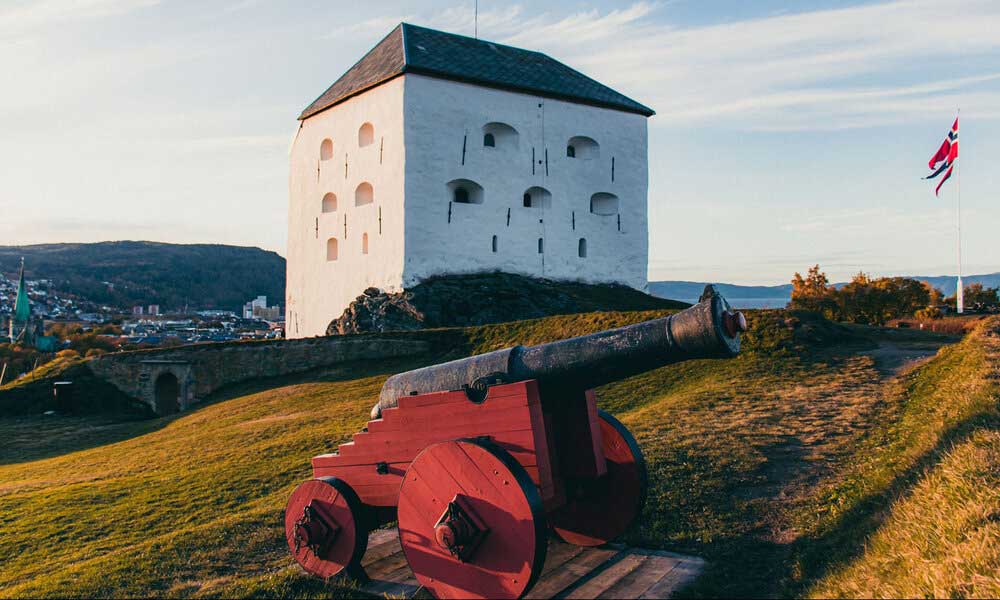 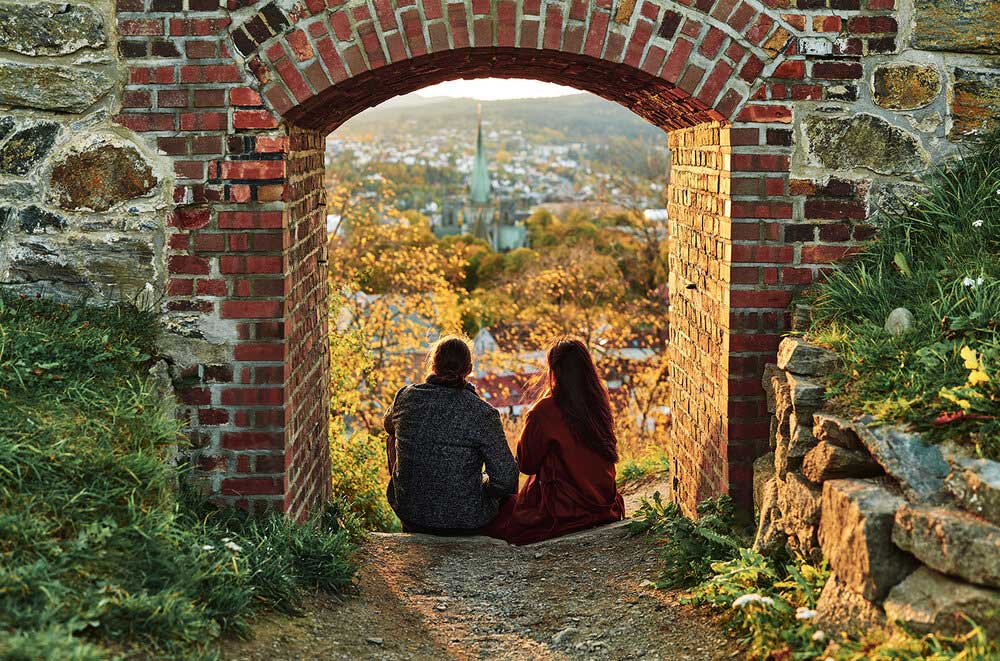 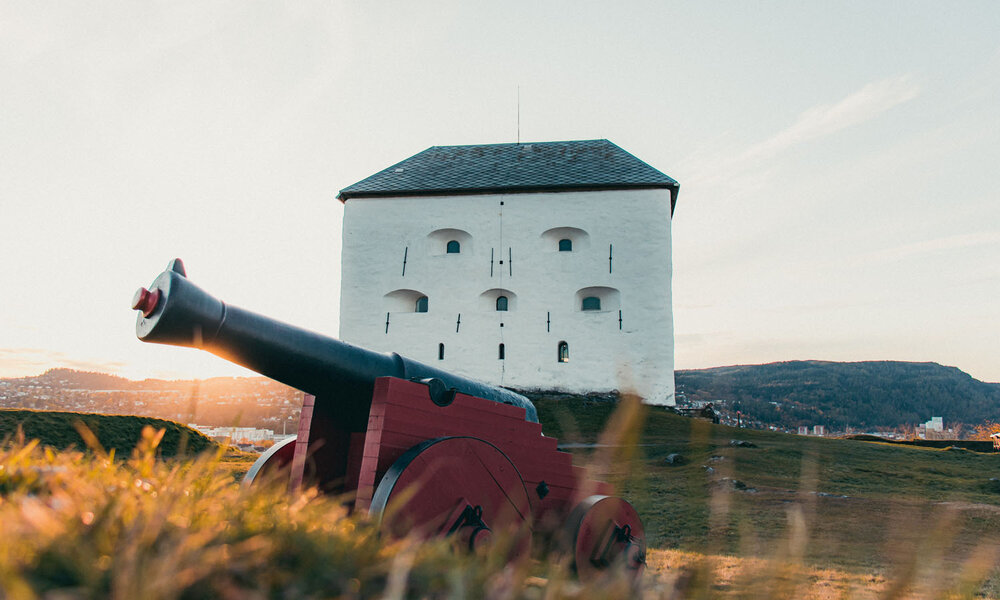 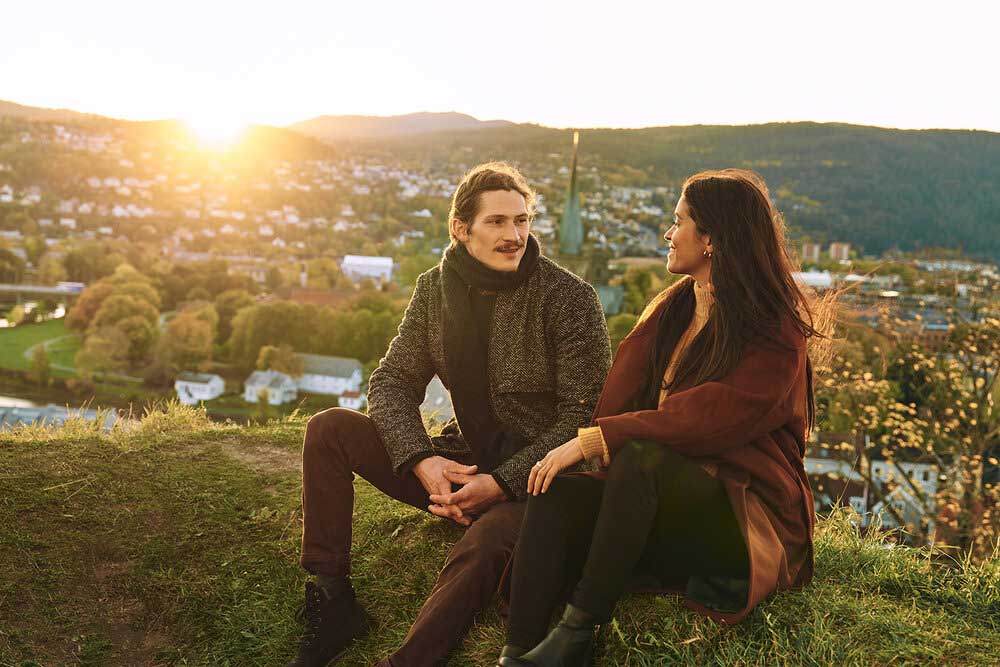 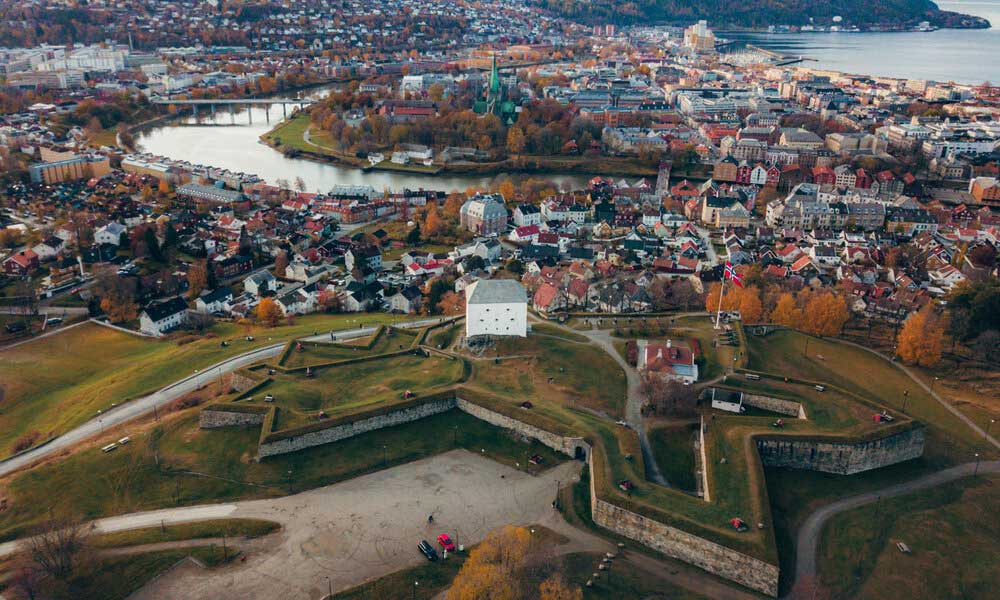 Watching Over the City

Kristiansten Fortress is one of Trondheim’s main landmarks. The fort was built after the great city fire in 1681 and now stands guard over the city. It saved the city from conquest by Sweden in 1718. The fortress was decommissioned in 1816 by king Charles XIV John. The fort offers a spectacular view over Trondheim and its surroundings, the fjord and the mountains.

Kristiansten fortress is one of Trondheim’s most popular attractions. It is a National Fortifications Heritage site. The dungeon and museum are the main attractions inside the fortress. The fortress is surrounded by a large recreational area, which is open to the public. The flag, which can be seen from most of the city, is raised when the fortress is open.

The gates are open every day throughout the year.

From Wednesday – Sunday from 10am to 4pm you can have enjoy a lunch at the café Restaurant Kommandanten. The café is located right next to the fortress. For private events and parties contact Mojo Event to rent the premises.

For special events there may be reduced or altered opening hours.